WolfMap will be closed in January 2011.

This month you can use the site as download archive, download now before it's to late.
There will be no news for this month, but next year you can read a full statement why we closed the site here on www.WolfMap.de.

As last goodbye we created a list (html) with all currently active Wolfenstein sites.

What do you get if you take from every mod the best? Scennative managed it to organize this chaotic task and is proud to present a first alpha version of his ''Chaos Mod'' for W:ET.
For short you have now new weapons, sights/views, effects and as admin a lot of cvars.

Check it out and report bugs right into this thread. 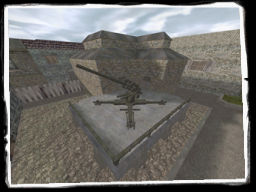 ~ Download ~
The axis are holding a small town of Erdenberg as one of their headquarters. With the power of two Flak88 cannons they are stopping the allies on moving further in the field. The allies are now sending a special crew to disable the enemy weapons in order to continue their battle. SplashDamage
| Servers running this Map

If you ever wanted specic playerskins on your server, ischbinz gives you a little pack including a detailed readme how to do.
This pack contains a few skinsets (standard, temperated, snow, desert) for each team.
It's allowed that you're using this pack as base for your own skinmod for your server, the incuded skinsets work, but are more for demonstration to show how it works. 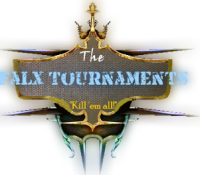 The FalX& Tournaments, a free and automated place, where it can be organised tournaments and "robin rounds" leagues.
FalX& Clan will dedicate for everyone who are interested, this online utility where you can organize private clan tournaments or between clans.
The requirements necessary for private or public tournaments are:

Otherwise everything is easy and automated. The accepted admins for this site will keep in touch with the super admin for registration and help. (private mesaging for admin) 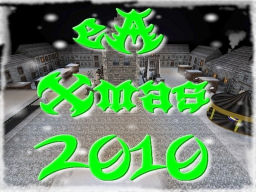 ~ Download ~
Allies want to steal the new Enemy Territory from the Axis. For the Axis it's a sacred Game. So they will try to stop the Allies from stealing the game out of the church! 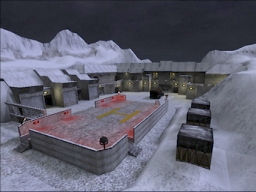 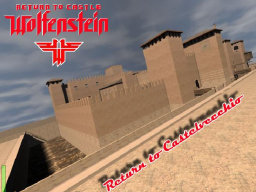 ~ Download ~
"This is a digital version of a famous monument in my city: Castelvecchio in Verona (Italy). This work isn't a map in wich the player has to kill other people, but it's a journey inside the building when a voice teachs the user about the history of the museum. This work was made to show that a videogame could be used to teach something." ~Artachende Wolfenstein Files

This mod includes modified textures which have more roughness and bumpiness for a more real optic. Best viewed with "r_picmic 0"
"Enemy Territory High Quality" has only 75 Mb because the textures are in original resolution and have just one simple filter.

Works best with NQ 1.2.9 - This version is a public release!
Worked on this mod since january 2009, first release in august 2009, this version is from august 2010.
I've stopped working on this mod with this release. Feel free to use it on your server. 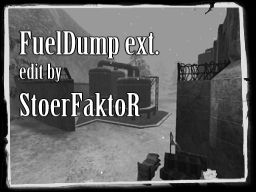 ~ Download ~
The Allies are attacking an Axis fuel depot and must escort their Churchill AVRE Demolition Tank as it blasts through the defences. The Axis can disable and delay the Tank with Panzerfausts, grenades, mines or explosives. 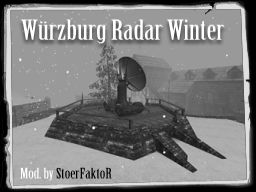 ~ Download ~
The Allies are attempting to steal components of the new Axis Würzburg 62A radar for technical analysis. The Axis must guard their two prototype radars and prevent the Allies from escaping with any stolen parts.

This mod is based on the etpub mod so most of the etpub configuration settings work fine. Right now there are small things added, like new weapons e.g. but in the near future more is to come. 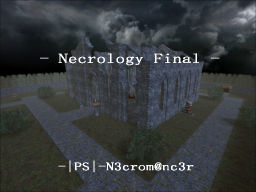 ~ Download ~
August 1945. The end of the second world war is near, but Axis and Allies have to fight for the last time. In this last combat they have to transport the skeletons of their fallen comrades from the battlefield in a crypt to rescue their soul.

One of DA Map Testing Crews duties is to make a guide for new or not well known map of Enemy Territory.
And now they have reached over 200 maps!

Thanks for the good works goes of course to Dark Alchemy Map Testing Crew. Check out the -)A(-Wiki page.Rayden via PM

16.10.2010 : 14:02
These weapons are based on actual weapons that have been produced at sometime in History, not necessarily WWII.

You get Gold Colt 45/45's with Ivory Grips, Nickel Plated Luger/Lugers with Rosewood Grips, and Gold Knife/Knives with Ivory Handles. Firepower, Capacity, etc. are unaffected, this is only a skin pack.

The Pistols will work for single, dual, and silenced modes.

Knives work drawn, thrown, and lying around in the game, if your Mod supports this.

Depending on your Mod you may see Gold magazines and/or Gold Silencers for the Colt/Colts, same with the Luger/Lugers in respect to Nickel Plating.

You also get an ingame cursor to match the knife.BE0 via PM

10.10.2010 : 16:02
Today, a new tracker called TrackBase was opened.
The tracker is running on a very powerfull machine, to provide a smooth system with minimum bugs.
So what's actually new on this tracker? Many bugs have been fixed, and many new features are added.

Here are some of the highlights:

Not only this, but more is new, and more will be added in the future!
Currently, only ET is supported yet, but in the future more games will be added to the tracker.
We will try to give maximum support, and if you got feedback you can post in on the forums, we'll look at it!

You can check it now at http://et.trackbase.net !

Again, if you find any bugs or have any idea, don't be afraid to post! 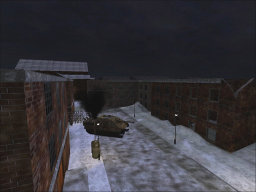 ~ Download ~
No description given. phishi via ICQ
| Servers running this Map

"This new, promising N!tmod 2.0 deserve a good skinpack. Feel free to use the pack or any part of them if you like."

01.10.2010 : 14:31
In a world ravaged by the monsters of alien armies and domestic corporations, I thrive. Permeating every dark crevice and abyss of the world I travel where my radial legs take me, seeking out and consuming all that stand in my way. Along my travels I witness interlopers exuding cold hatred and men comprised of pure greed drain the lives from those who seek only to survive. For them the most cruel and insidious demise awaits, and for those who live beyond my greetings only insanity remains. Babbling and spitting my imagined name the wicked retreat to their cohorts, reliving their impossible defeat and mutilation.

But the worthy, who have none to fear know me by only one name: 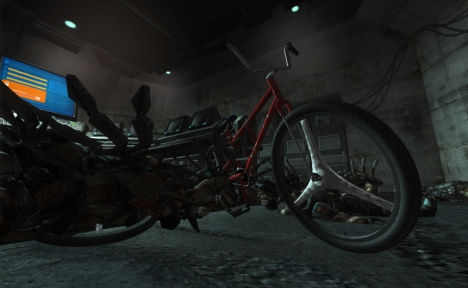 QWTA is a straightforward mod in intention; it's intended to tweak the core gameplay aspects of Enemy Territory: Quake Wars, to create a more believable, more realistic experience, that plays more like a serious science fiction movie, than an arcade game.

QWTA's secondary objective is to bring more classic Quake 2/4 features to realization in ETQW, and to embrace new developments that fit within the broad ETQW/Quake 2/Quake 4/Earth-Stroggos war theme. Generally, QWTA is assuming ETQW is set before Quake 2, and will attempt to mix Quake 2 and Quake 4 technology, characters, etc, with that in mind, in addition to attempting to extrapolate modern technology to ETQW's level.

QWTA takes a lot of its gameplay inspiration from a few random(I'm afraid I don't recall the names.) realism mods that have popped up for the Call of Duty series of games, and the goal is to get something as an end-result that plays similarly to those, but in the futuristic setting of the Earth-Stroggos war.

At present, QWTA is intended to function with any base ETQW map, without a hitch, and it's hoped that this will continue to be the case through QWTA's development: while QWTA would certainly welcome QWTA-intended maps, they're not something that's felt should be required.

As a player, the preview video footage that was published before ETQW itself was released, spoke to me of a gritty, tactical, bloody sort of game, involving a lot of thinking and strategy, rather than the run-and-gun-fest that the released version of BaseETQW is. To that end, QWTA tries to stay true to the perceived feeling behind some of that original footage, and the impression it had on a lot of people.SplashDamage 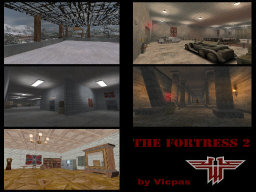 ~ Download ~
This is a imporved version of "The Fortress 2" with lot of changes and additions. Wolfenstein Files

01.10.2010 : 14:15
Our spies have reported that the Germans have set up a lab near an underground tunnel. The Germans are taking coffins out of the tunnel, and experimenting on the zombies in the coffins.
The Germans are also taking various treasures from the tunnel. Your orders are to infiltrate the lab, and stop the Germans. They cannot be allowed to continue disturbing the dead from their sleep.
Be careful, our spies also report that some lopers are at the lab.

"This is a remake of Ron and Mike's first work, Hell_Mappack. Many new features have been added compared to the original mappack. The guys at the Splash Damage Forums have been a great help. I hope you enjoy this mappack!" 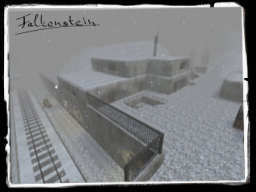 ~ Download ~
The Allies are trying to infiltrate a secret base inside a mountain. They are attempting to steal a secret prototype which could be decisive for the success in this war. SplashDamage
| Servers running this Map