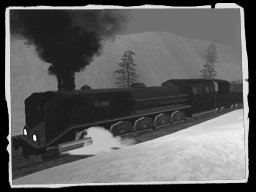 January 18, 1943, 21:15
Command has received information that this camp is being used as front for some sort of human experiments. The type of experiments are conducted here remains unknown but reportedly invovles some sort of maturation chambers used to mutate humans into super soldiers.
Through the usual channels, they have sent information about the location of the facility. Originally, our plans were to dig a tunnel to the west of the camp to outside the main fence, but now we've decided to dig north to the research facility location. With any luck we can break through a wall into the facility with enough men to hold off any resistance.

July 1, 1943, 21:00
Command has dipatched a rescue team, they will arrive on July 7th and approach the camp from the south. We must double our effors on the tunnel construction as I fear we may not have it complete in time for their arrival.

July 7, 1943, 1:02
Great news today, Command sent word that they have an operative replacing the train driver on the south line and he will hold the train at the station for us to escape. We were also informed of dire news which indicates axis are at the final stage of their experiments, they must not be allowed to complete them!

Yesterday, the final stage of the tunnel to the research area was completed. Tonight we will infiltrate the facility, Some of our men will create a diversion at the north gate and make their way to our location if they are able to sneak through. Once we're inside we must locate the documents which will reveal detailed imformation about what Axis were planning.
We must then take the documents to the train station located to the south of the camp and sneak them, and as many pow's as we can onboard.

Finally the truth will be known and many of us will have escaped to freedom, God be with us.