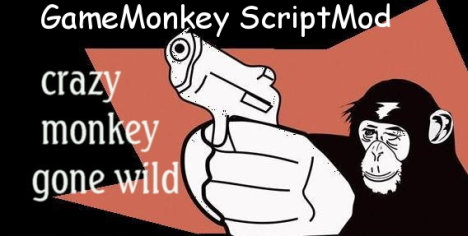 Apologet by PM:
"After Dutchmeat developed the DutchFix for True Combat Elite as a QMM Plugin, I played around with QMM and realized, that such a Plugin is very powerfull. The bad thing with QMM was, that QMM is very static. You need average programming skills to create your own individual QMM Plugin.

At this time I started playing around with the scripting language GameMonkey and thought, that the combinition of both could help Admins with scripting skills, but without coding skills.

So I started the gmScriptMod Plugin as a proof of concept for me to see, if GameMonkey is fast enough for such a task... It is!

I gave the prototype to

Dutchmeat and he helped me with the QMM hooks after the basic script routine was implemented and fast enough. The project grew! im2good4u and Dr.Evil (Omnibot Project) started with helping and finally, we released the binaries 1.0 and 1.1. But after the release, I was very busy with my education and was forced to stop the project. Dutchmeat became Project leader, but due to other pending projects and his education, the gmScriptMod development stopped.

It's a long time since our release of gmScriptMod, but there are still regularly people asking for it.
If we still support it, if we keep on developing it or if they can get a copy of the source code.

So, we (Dutchy + Me) asked all developers that worked on this project, and all agreed with the OpenSource move.

We hope that others can help us finishing this project.
Would be cool, if somebody can make a Windows and Mac Version. The support for RtCW and all other QMM supported Games would be nice too.

Or somebody can move GameMonkey scripting to the 'No Quarter' Mod.

We both would enjoy to see, the project results inside the game. We believe that it can make the Server more flexible and is worth to keep the project alive."